The Earth’s Extremes: Where is the purest and the dirtiest water in the world?

When you think of naturally clean water, chances are glacial water in the arctic will come to mind. Think about all the water bottle companies whose brand have a snowy mountain or glacier on the bottle: Aquafina, Ice Mountain, Evian to name a few. The purest natural water ever recorded to date was found in Puerto Williams, at the very bottom of Chile in South America. This archipelago is hidden from earth’s major air currents, allowing it to stay free from pollutants in the air and does collect snow ice from the mountains bordering it.

The dirtiest water in a natural body is a tougher question to answer for the unfortunate reason that there are a lot of very nasty bodies of water out there. Two of the most contaminated sources of water are Lake Karachay in Russia and the Citarum River in Indonesia. The former is a nuclear waste dump, making it one of the most radioactive places in the world. It would be very unwise for anyone to get close to the lake, let alone swim or fish in it. The Citarum is a dumping ground for over 300 factories, making it home to plastics, chemical waste, and other forms of garbage. Large parts of this river are considered ecologically dead.

While we are fortunate to have safe drinking water in the majority of the United States, our country is not immune to biological mishaps that tend to be associated with Eastern Asian countries. We encourage you to research your state’s water health and voice concerns when warranted. 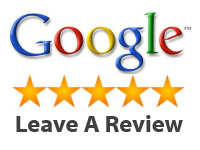